Tour departs at 9.30 and you will be collected from your hotel prior to departure time.
Our first stop is Esentepe, the impressive panoramic viewpoint overlooking Goreme. Here your guide will give you information about  the history of Cappadocia and its  unique rock formations.
There are more than 200 underground cities in Cappadocia and the deepest one is Derinkuyu underground city. These troglodyte cave-cities were excavated as early as Hittite times, and expanded by early Christians and others over the centuries, as various marauding armies traversed Central Anatolia in search of captives and plunder.
We continue on to the Selime Monastery, the largest rock-cut monastery in Cappadocia with large cave cathedral and breathtaking views over the area.
After the Lunch in Ihlara Village we go on 3,5 km walk in Ihlara Valley, which is near Mount Hasan and Mount Melendiz, two of the three volcanoes of Cappadocia. Ihlara Valley  is a canyon with a depth of approximately 100m and was formed by the Melendiz River thousands of years ago. It begins at Ihlara village and ends with Selime Monastery at Selime village after making 26 bends along 14 kilometers.
It is believed that the valley housed thousands dwellings and more than hundred cave churches decorated with frescoes. Thousands people once lived in Ihlara Valley. It is very pleasant to walk through the Ihlara valley by the vineyards, poplars and pistachio trees, sound of the rushing water (Melendiz River), and surrounded by a rich wildlife of lizards, frogs, butterflies, birds and sometimes eagles and other mammals like lambs and sheep.
On our way back to Goreme, we stop at the spectacular vista point overlooking Pigeon Valley.


What is Included / Включено 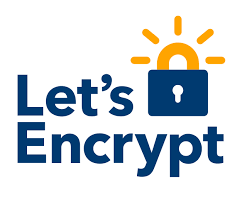